Here in the MSMS Foreign Language Department, we have been using categorizing as a KTL strategy throughout the year. Categorizing requires students to use main idea skills. Students are learning level 1 vocabulary for a foreign language in middle school. It can be beneficial for students to categorize this new vocabulary in a variety of ways to help with memorization and usage.
Students enjoy the “labeling the bucket” activity in Ms. Mirabella’s class. Depending on the section of vocabulary, students can categorize their vocabulary into groups, either by topic or parts of speech. 7th grade Spanish students in Ms. Mirabella’s class were introduced to the gender of nouns recently, which operates differently than it does in English. All nouns, living or nonliving, have a gender in Spanish: masculine or feminine. Students were taught how to properly identify the gender of nouns, and even identify exceptions to the rule.
Ms. Mirabella gave each pair of students two cups (in place of buckets) and a ziploc bag filled with nouns on individual cutouts from cardstock. Each pair had to work together to put the feminine nouns into one cup and the masculine nouns into the other cup. When all pairs had completed the activity, students emptied their cups and shared their findings. Students were required to explain why they put a noun into a certain cup using the rules that were previously taught. This activity promotes collaboration and recall, and is a multisensory way to reinforce an important grammar lesson in Spanish. (Pictures below!) 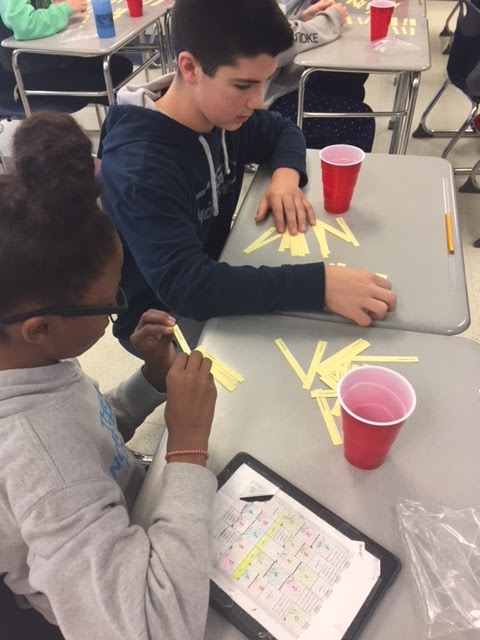 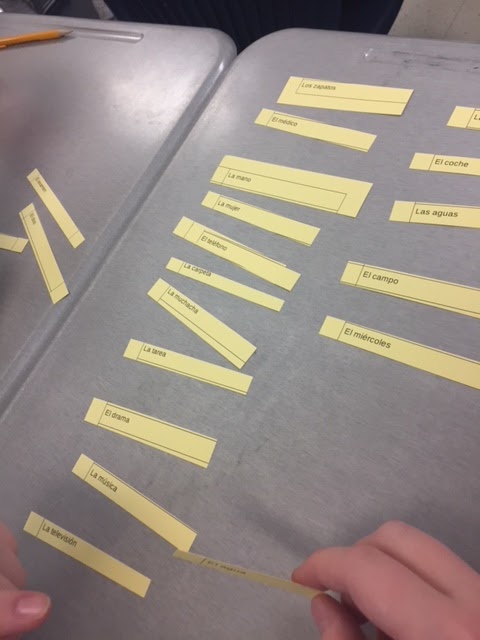 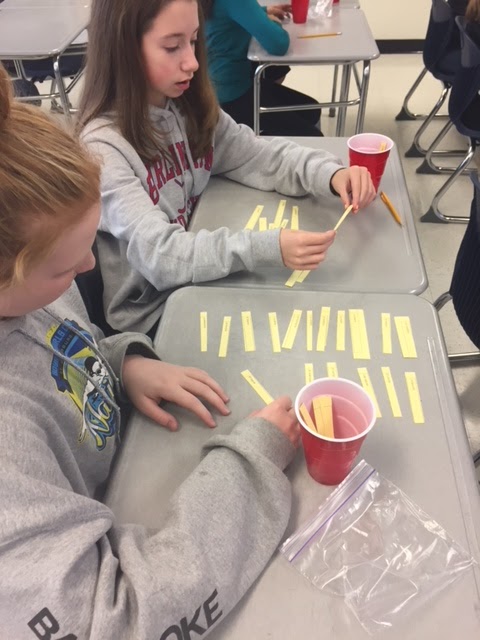 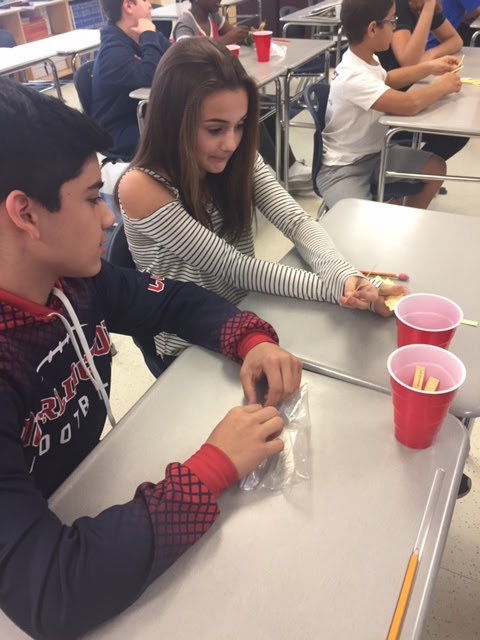 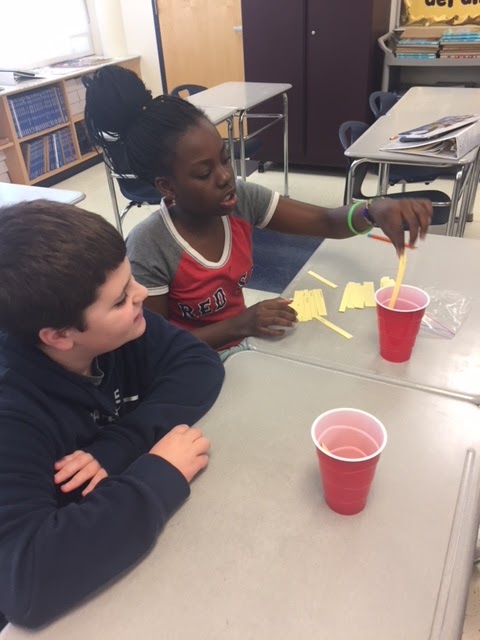 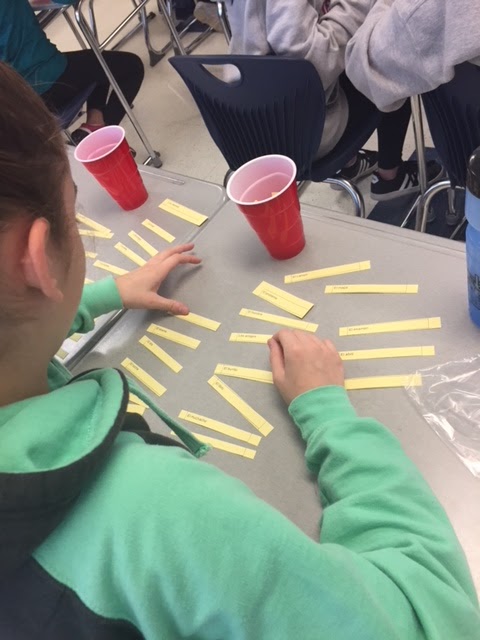 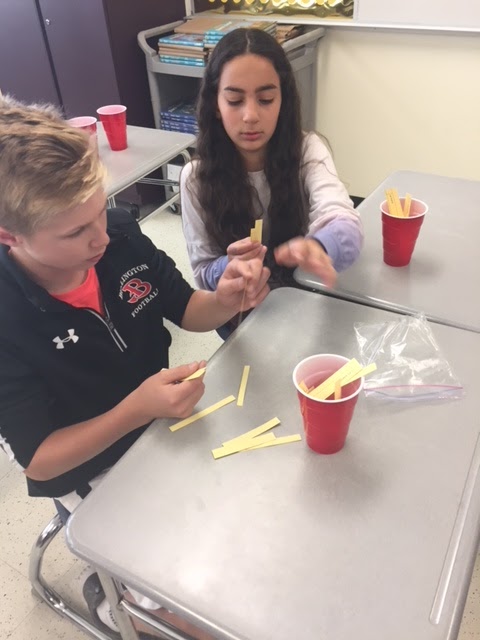 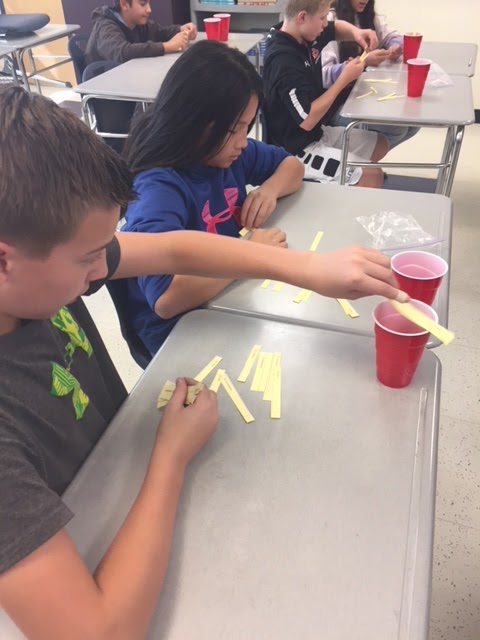 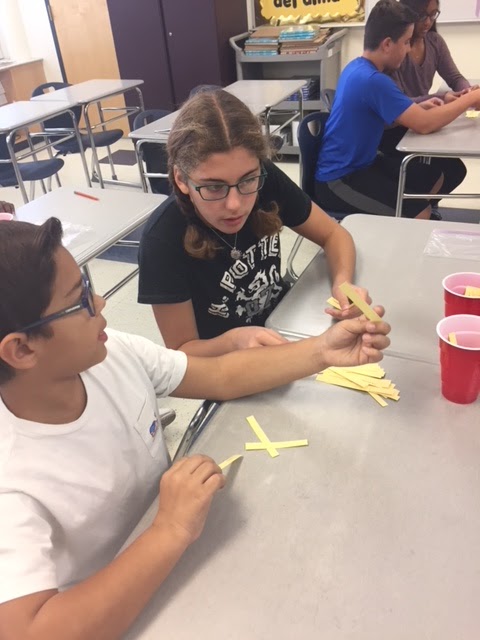 Mrs. Barkley’s Spanish classes are also categorizing. Her 8A and 8B classes did a KTL lesson using bucket sorting and top down webs! 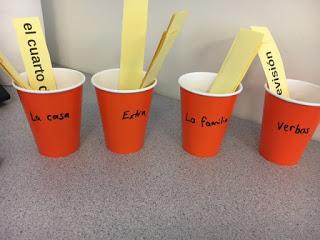 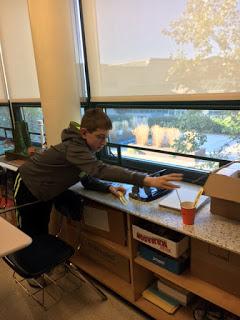 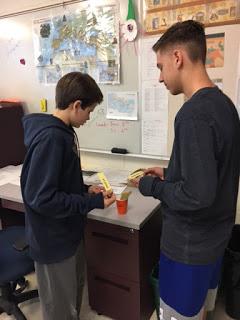 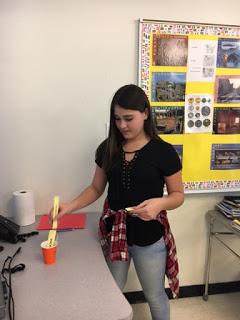 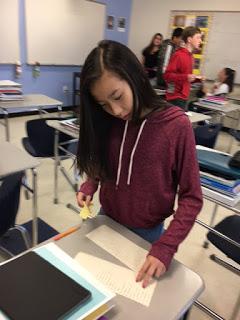 Then, volunteers came up to help organize all of the categories onto a Chapter 6 Vocabulary Web: 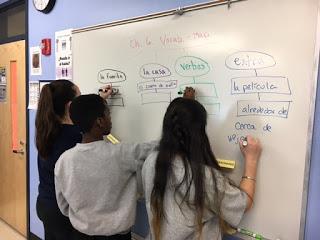 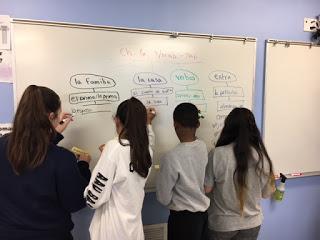 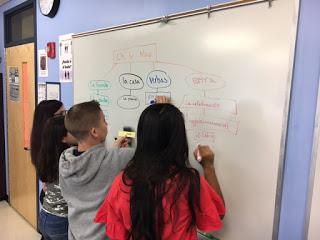 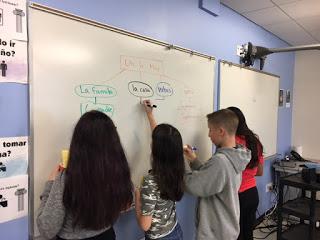 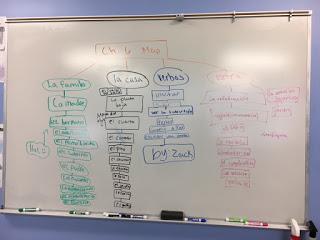 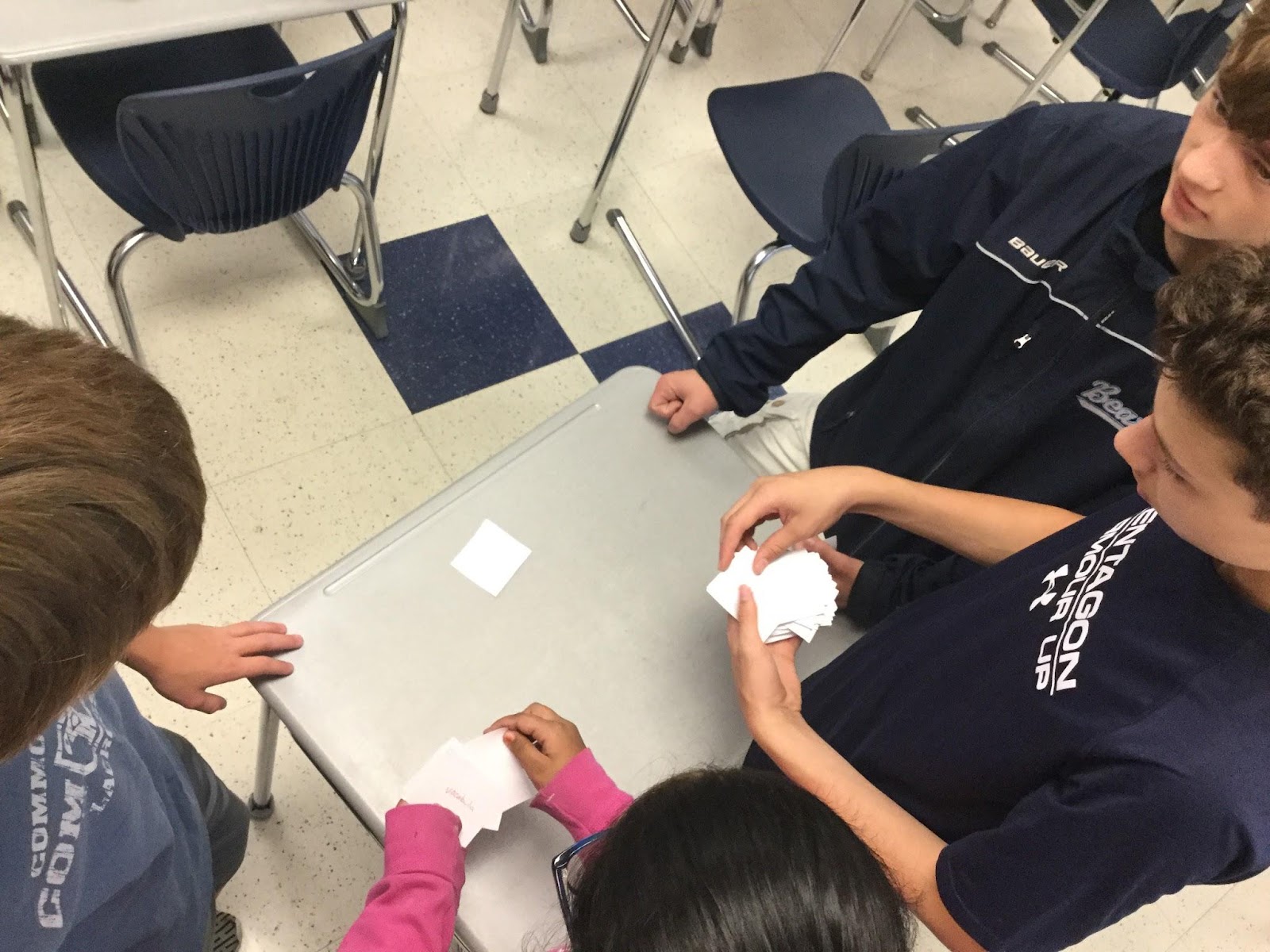 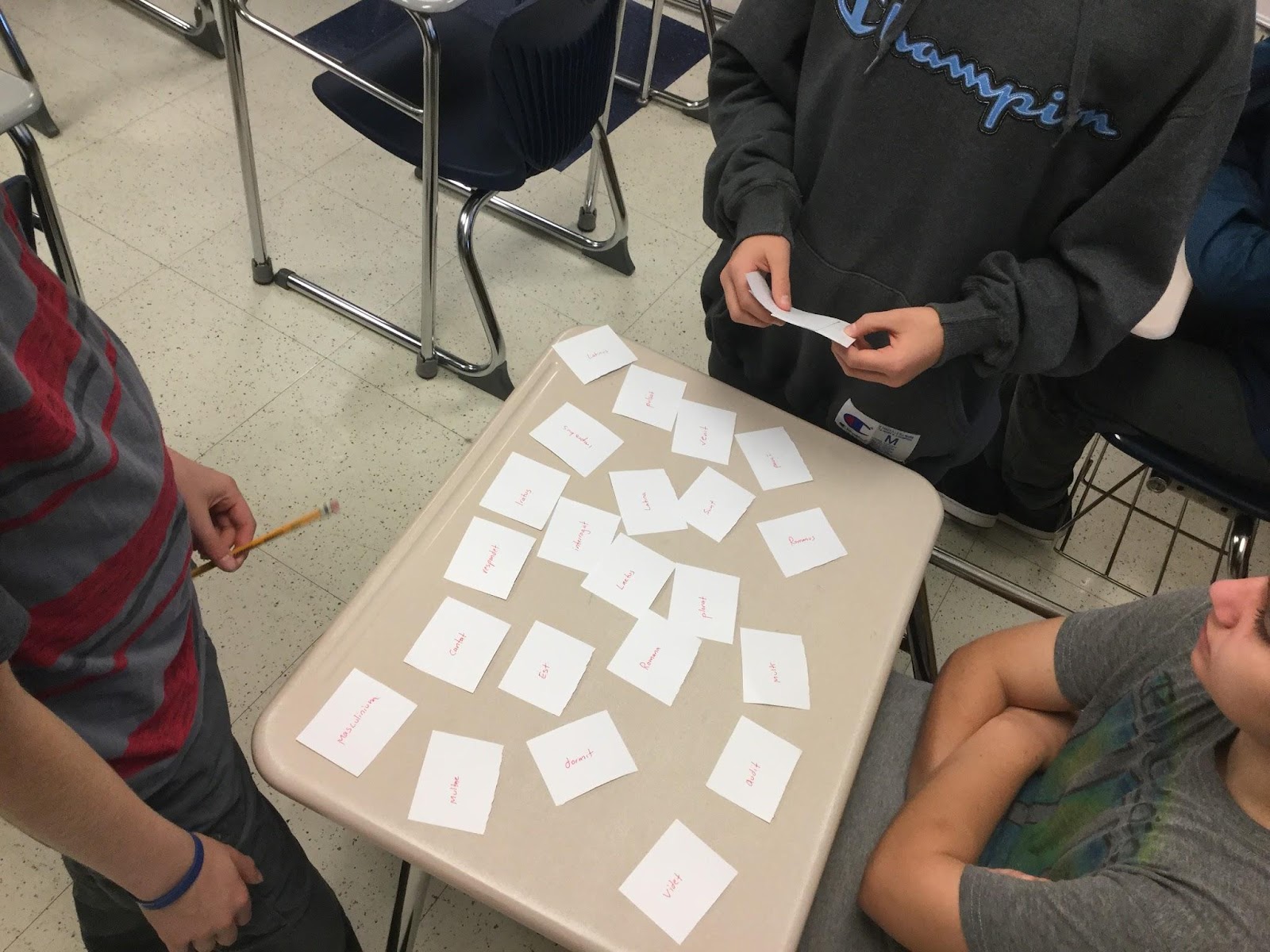 Mr. Walsh uses categorizing in his Latin classes. Both 7th and 8th grade students took part in a group activity to sort new vocabulary words in different ways. First, students were divided into two teams. Each team was given a pile of vocabulary words, which they had to sort into three piles based on parts of speech.

Once the teams agreed on their piles, the students copied their lists into three columns on the whiteboard - NOMINA (Nouns), ADIECTIVĪ (Adjectives) and VERBA (Verbs). The teams then checked each lists for any mistakes. 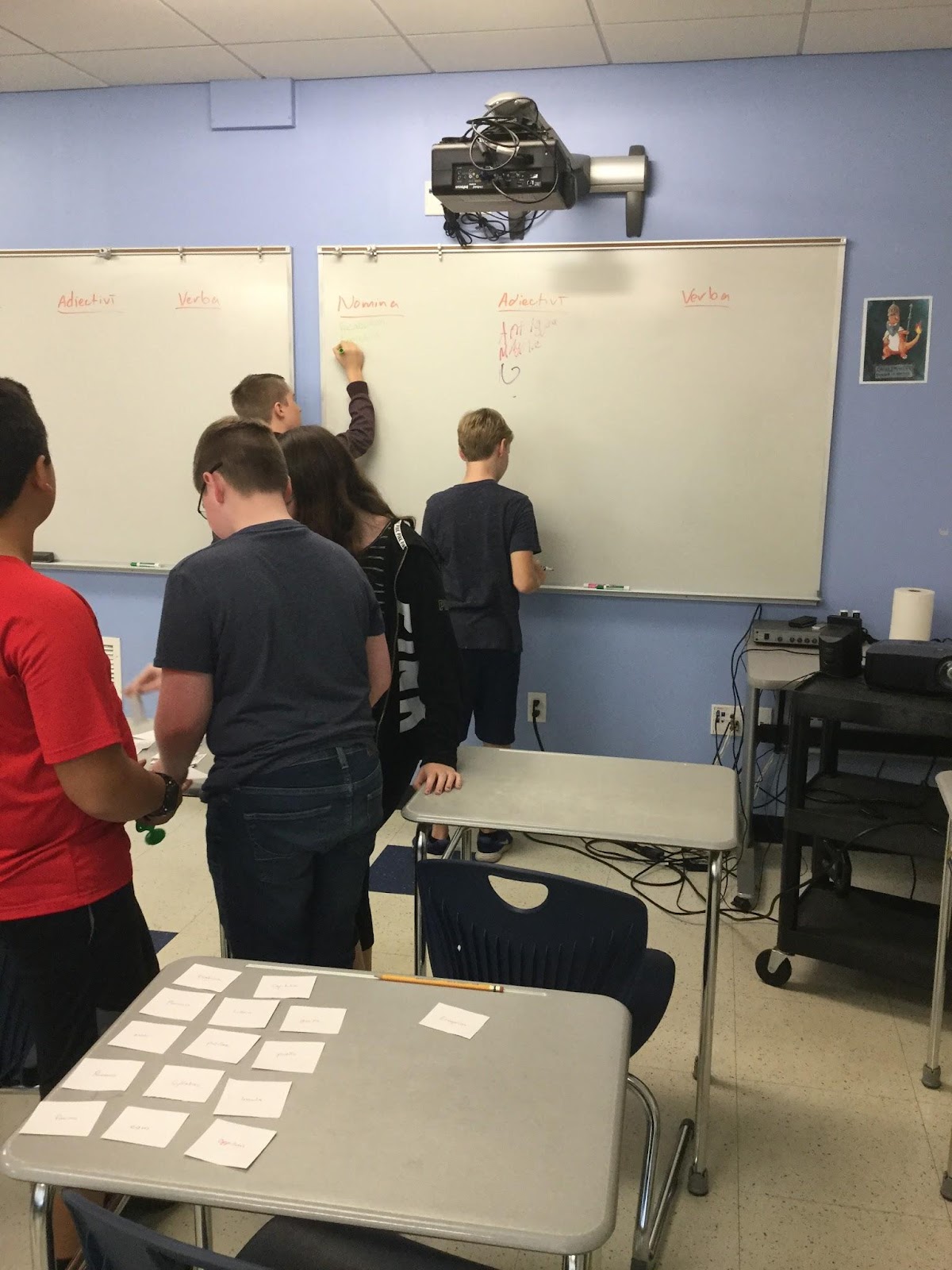 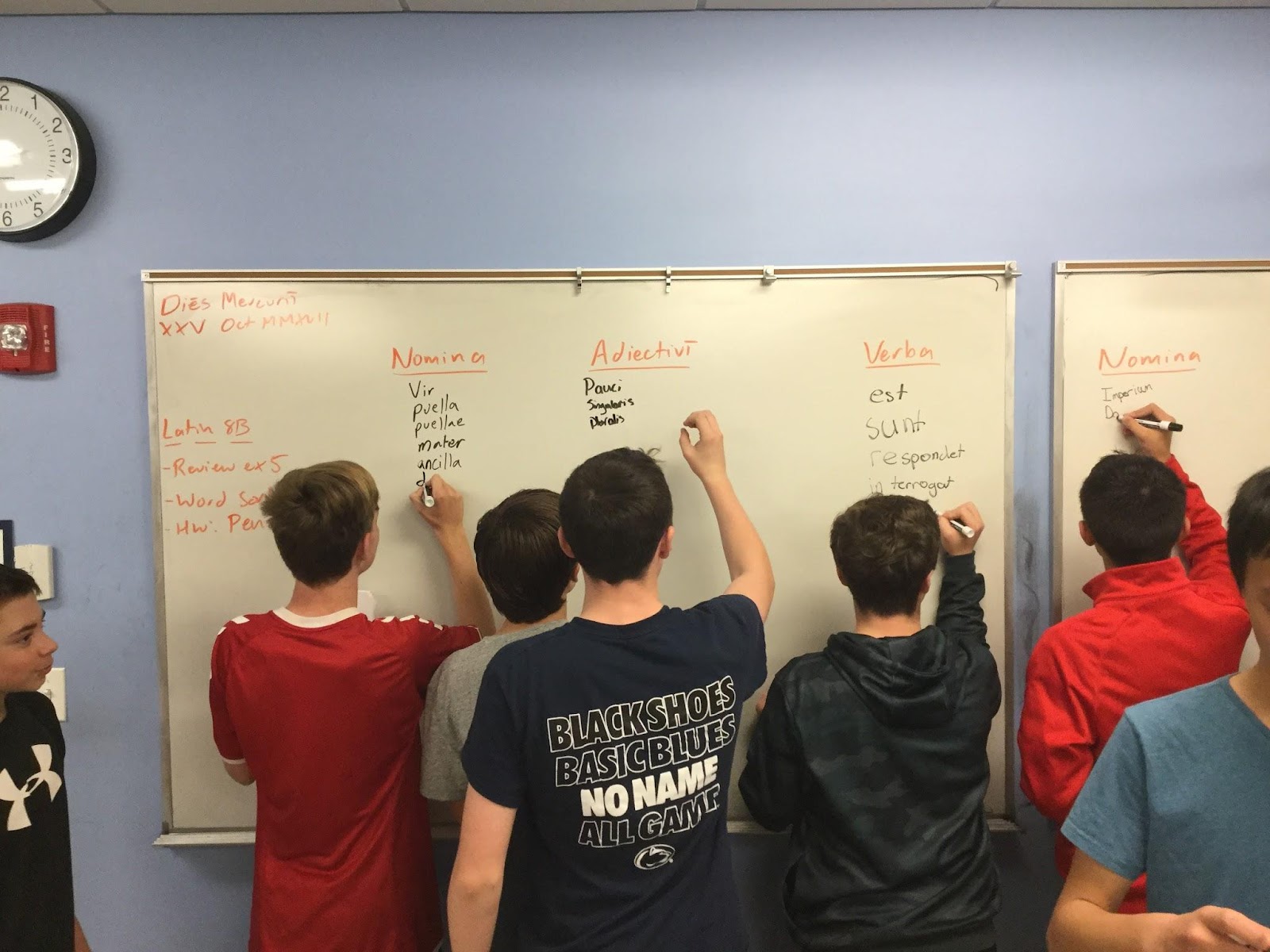 Finally, once the teams agreed on the parts of speech, they had one more task. The students took the nouns and adjectives and separated them by gender. The three new categories for this round were MASCULINIUM, FEMININUM and NEUTRUM. 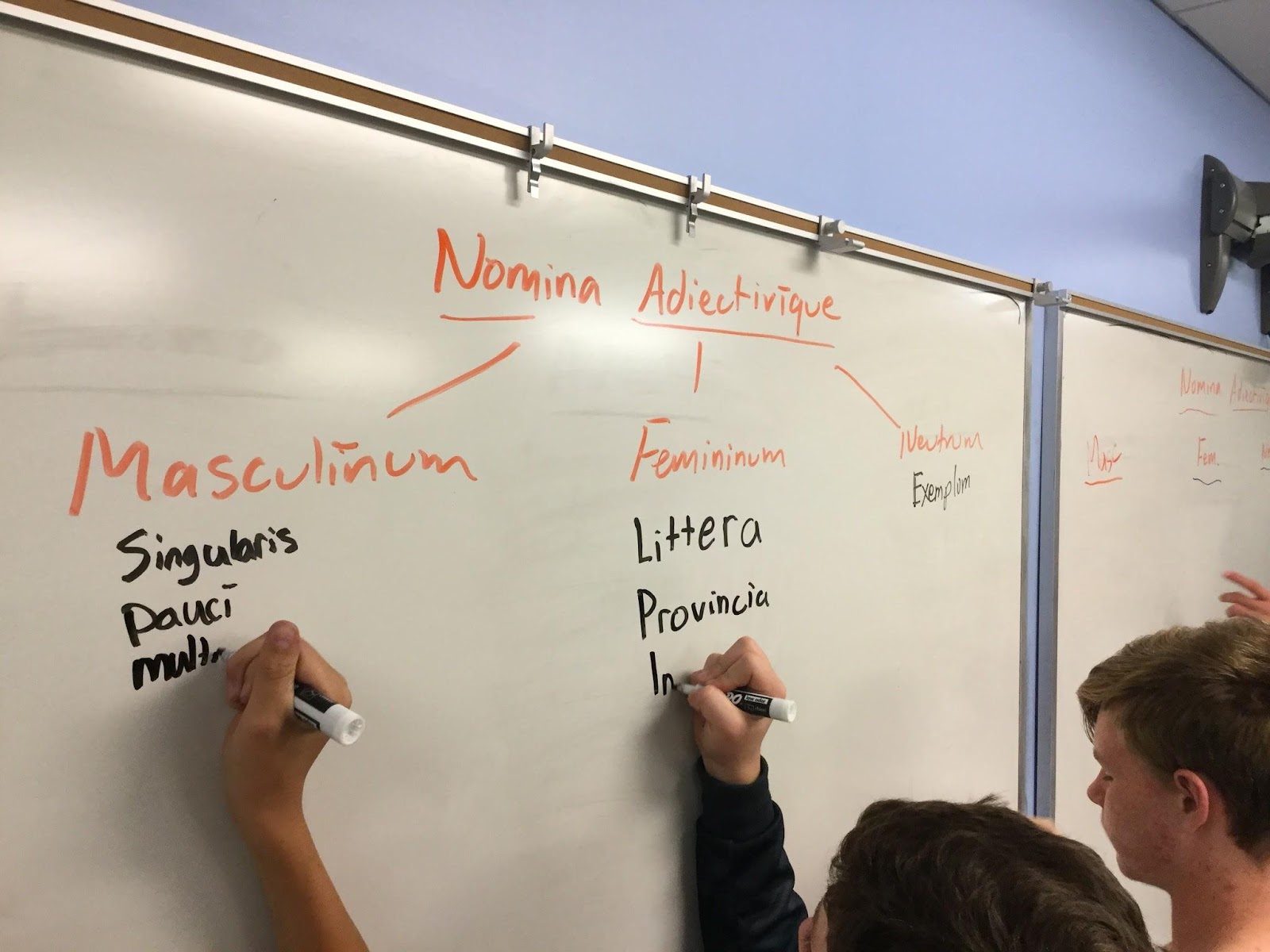 Posted by Burlington Literacy at 9:28 AM